Pastor Alobo was born to Roman Catholic parents in the Democratic Republic of Congo. After accepting Jesus Christ in a local church, he received the calling to preach in August 1998.

Alobo fled the Democratic Republic of Congo in 2003 with his wife, one son and two relatives to escape the violence of civil war, arriving at the Dzaleka Refugee Camp in Dowa, Malawi in Central Africa. The Dzaleka Refugee Camp is home to over 14,500 people from central, eastern and northern Africa. While staying at the refugee camp, Alobo planted a new church and launched Free Church of Eden Ministries (). With the launching of the Des Moines church, EFCEM now has three locations on two continents. The church that Alobo started at Dzaleka currently serves about 350 people, sharing the Good News and ministering to the needs of the refugees. Pastor Alobo spend almost 10 years at Dzaleka, growing both his family and his ministry.

In March of 2013 Alobo and his family had the opportunity to come to the United States, moving initially to Sacramento, California. Answering the Lord’s call Faustin brought his wife, two sons and three daughters to Iowa in September of 2013. Soon after arriving in Des Moines, Alobo met with former BCI Interim Executive Director Tom Law and began conversations about starting a Swahili language church to minister to the needs of other African immigrants.

Pastor Eugene Guthrie welcomed the opportunity to host another congregation at Crestwood Church saying, “I am so glad that God has given us this opportunity to serve the nations right here in our neighborhood.” Space does get a little tight at Crestwood on Sundays with four different groups meeting, but Guthrie says he likes seeing the facilities used to the full potential.

Jill Olsen, Fellowship Team leader at Crestwood says, “I enjoy standing on the stairs where I can hear both the Zomi congregation singing upstairs with their Southeast Asian sound and the Sudanese with their African drums. It doesn’t necessarily sound good together, the musical traditions are so different, but I love that we are all worshiping the Lord in our own languages under one roof.

Pastor Alobo says, “We are in need of your prayers as well as your partnership in order to build the Body of Christ across the world.”

Some church planters move to Africa, and some move from Africa. It is all needed so that churches may be started, people will be saved, lives will be changed and God will be glorified in every language in every corner of the world. 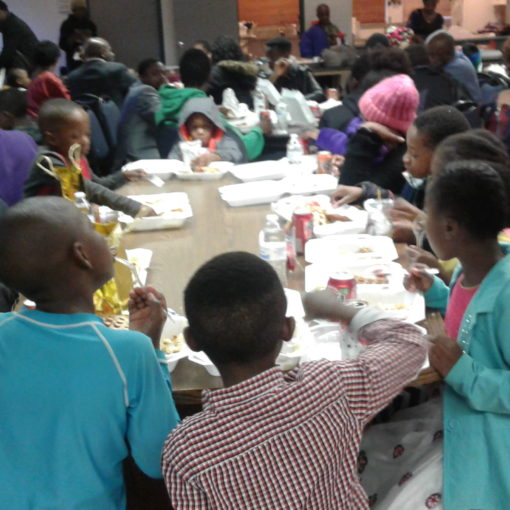 Swahili Baptist Church in Des Moines celebrated Christmas Day with a special service and meal. Pastor Faustin Alobo shared that it is […] 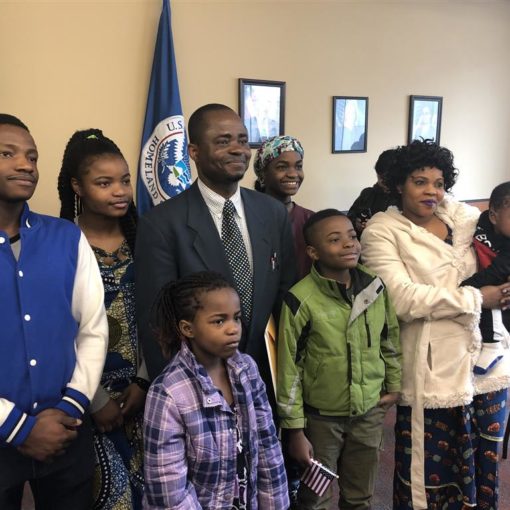 On February 6, 2019, Faustin Alobo and his family were sworn in as US citizens at the Federal Building in Des Moines. […] 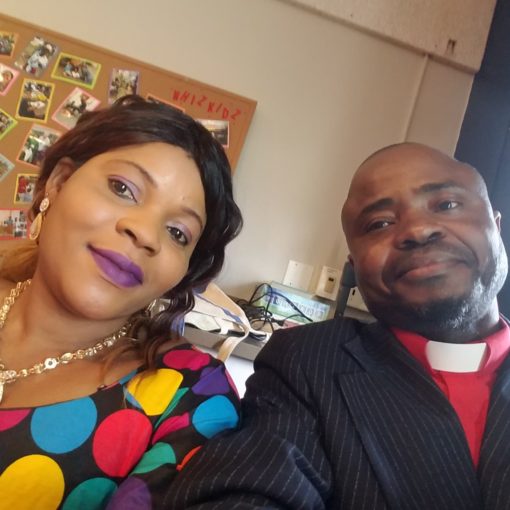 On August 5-6, over 200 people gathered to celebrate the launch of Swahili Baptist Church in Des Moines. The two-day event featured […] 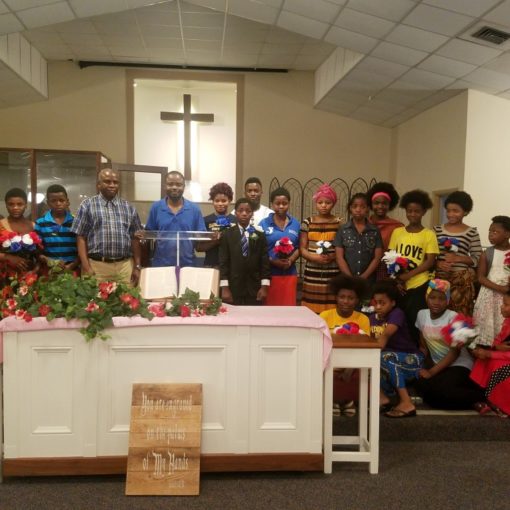 On Saturday, May 19, Swahili Baptist Church in Des Moines baptized fifteen youth as part of a weekend celebrating Pentecost. In addition […]